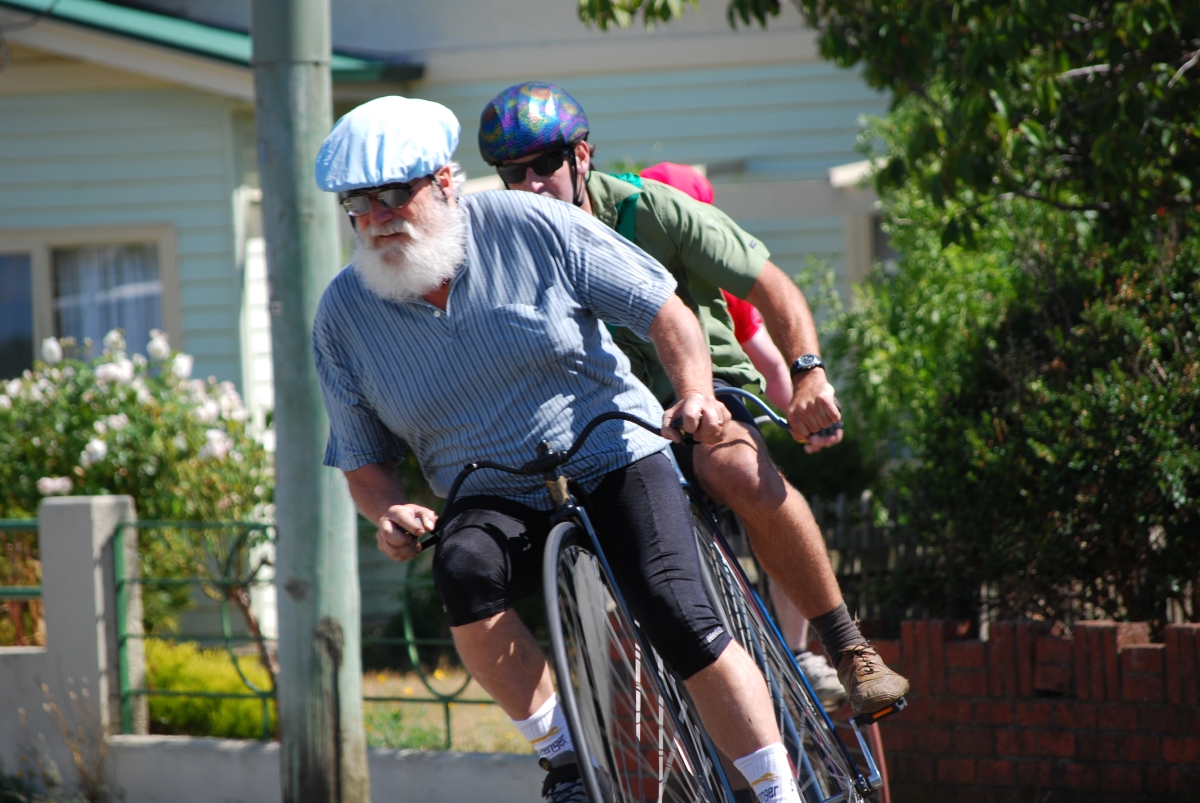 Each State holds a State Championship and then the winners congregate in Evandale, Tasmania for the Nationals – and that’s today.

The weather is not with us though.  Overnight it poured and the day of the racing is showery.  The organisers decided to race between showers.  It proved a poor day for photography with my camera as it needs a fair bit of light around to take a picture of bicycles at speed.

“What’s that?” said the stately Lady

There were 54 racers – male, female, boys and girls.  They included a guy from Japan, one from the US and another from the Czech Republic – even though it isn’t a World Championship.

The Organisers rushed things through between cloud bursts and by the time we left all major races had been run. 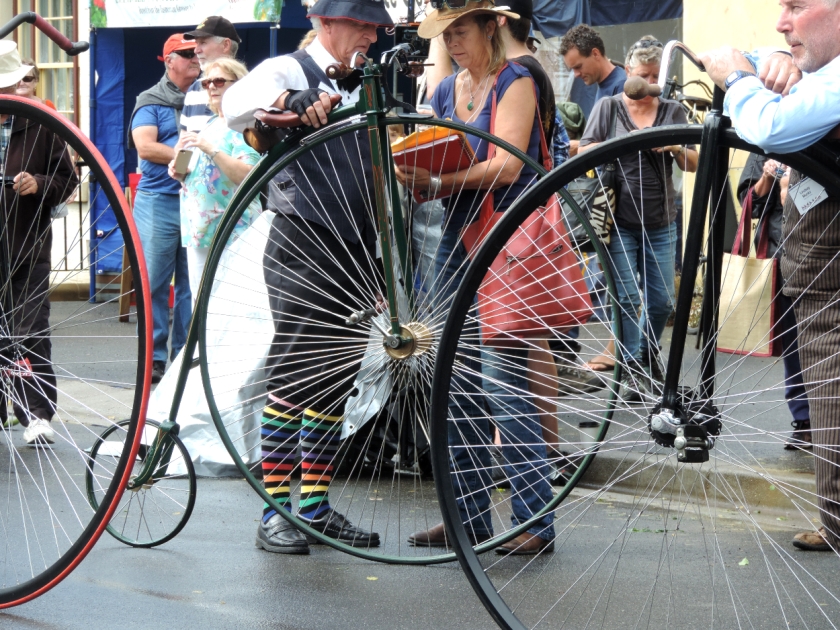 So, first you check your name is on the list

Some Pennyfarthings are old, some are old but with new wheels and some are completely new – they can be ordered from at least one mainland business and feature an ever growing use of technology to make improved forks, pedals, wheels – well, anything.

The largest wheel here today was 58 inches.  The owner said it was good down the straight – more speed.  The problem was it didn’t like pulling up out of a corner and acceleration was down. 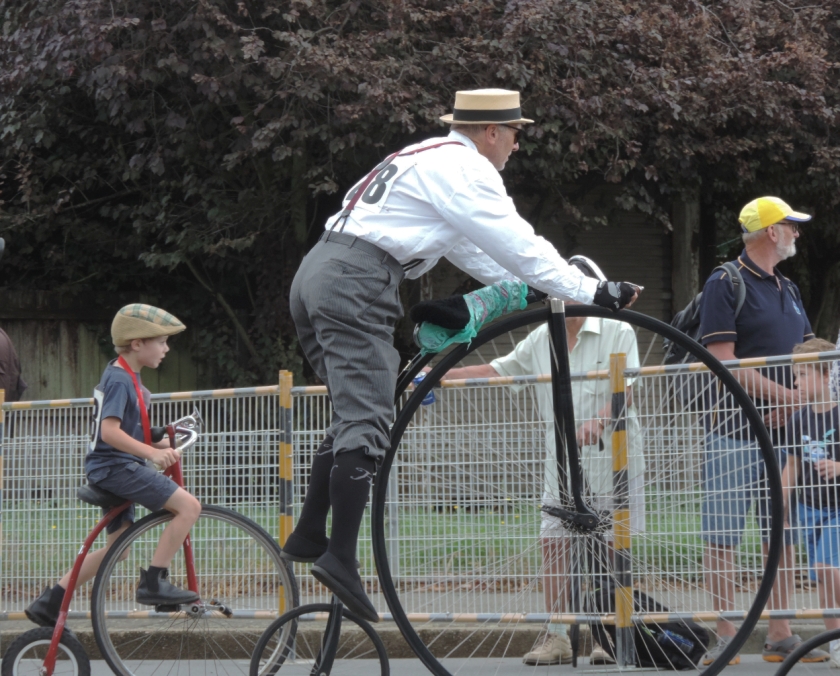 Then you mount up 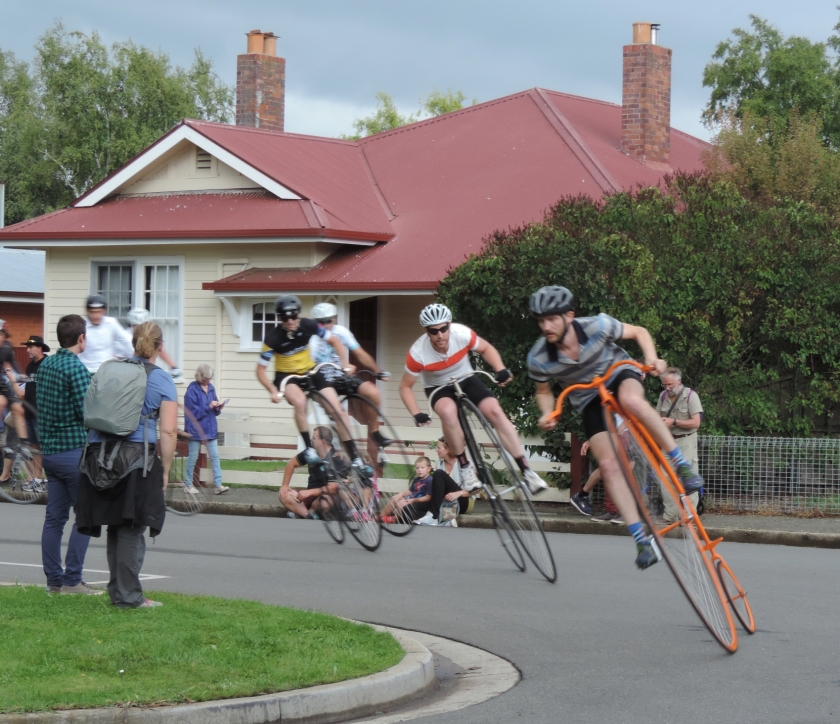 And then you race

Between events the roadway is taken over by an assortment of people on bicycles.  Here is a short video showing some of them: Street Machines

The week is just about over.  I covered a whole 2 kilometers on each bike when I got home in order to hit the 100 for the week.  I suspect there will be little riding tomorrow as we will be attending the old LAGS Japanese lunch.  It has been interesting sourcing Japanese recipes but all going have nutted something out so it will be interesting and probably Saki-fied.