I have to report that the Japanese lunch last Sunday was a real winner.  Everybody used the internet to advantage and several of us hit the Asian Grocers in Launceston to find ingredients previously unknown to us.  I attempted to make a sweet rice flour Mochi but failed at the steaming stage.  So Plan B was implemented and a simple coffee jelly was prepared instead – which was a surprise hit.  Luckily everyone else (being better cooks) produced a variety of delights.  Sake, we decided, tastes a bit like metho so people stuck to the wines.  I provided some Japanese beer.  Interestingly although Japanese in name it was brewed in China and imported via New Zealand and tasted like a boring old lager. 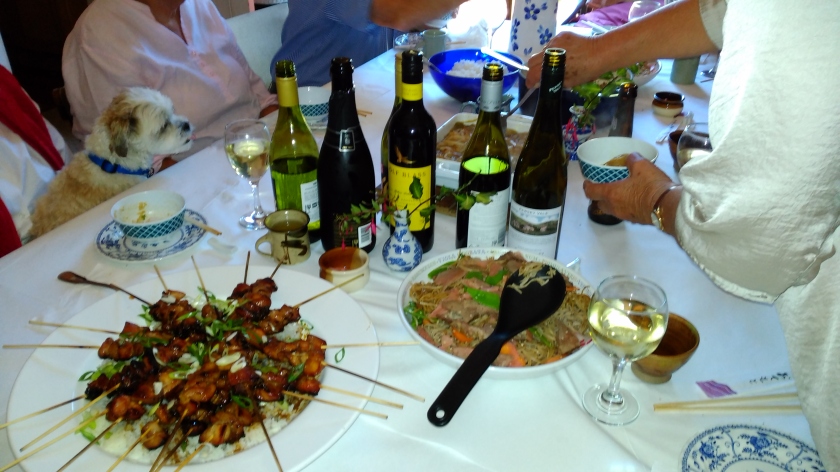 Oscar the bionic dog waiting patiently (but disappointedly) for his share

To business.  Emily beat me to it BUT I made it this week.  What?   1,000 kilometers in 2018.  Well done Emily – I am not recovering from Ross River Fever and I still found it a challenge.

To get there, each day from Monday to Thursday and on Sunday I cycled from Longford to Bishopsbourne and back (25k).  Alternating the bikes I used both to achieve 100 kilometers by the end of Thursday.  Friday was the usual 20k at Deloraine.  I had felt a bit out of sorts on the Brompton on Thursday and coming back seemed like a bit of a fight, leaving me aching in the hands, legs and shoulder.  I was not looking forward to Deloraine and the associated hills but everything was good again.

The varying weather conditions made using the same route interesting as did using the 2 bikes.  On a couple of days there were flying ants in the air.  It proved important to spot them in advance and close the mouth before hitting the black column.  The first time I saw them I thought “What the ***, that’s a lot of “floaters” in my eye” but then I wore a mouthful and, no, not floaters. Luckily it was on a downhill section so quickly closing the mouth and breathing out stopped them getting too far in.  Could have been worse. 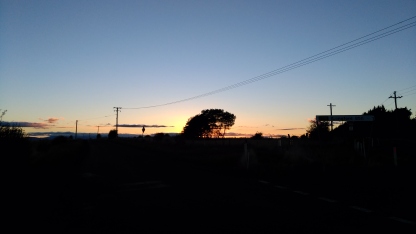 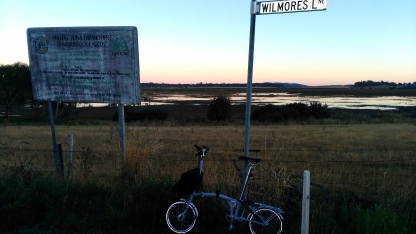 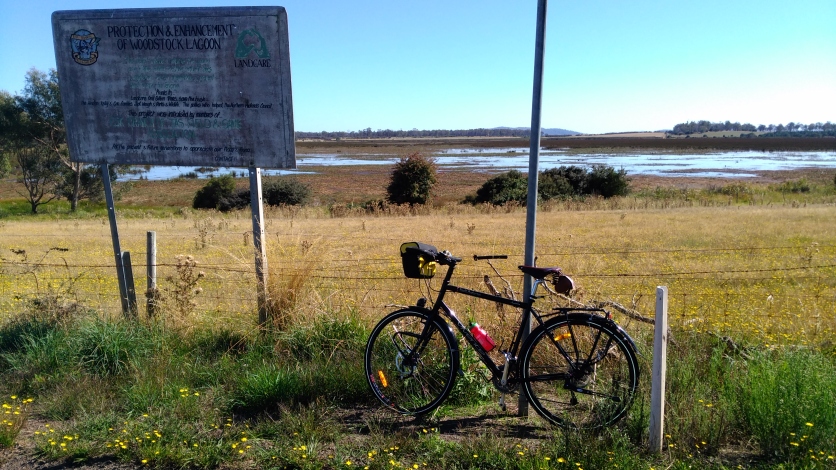 I used the rides to work on gear handling on the Brompton; which is a little different. The bike has a wide ratio Stermey Archer 3-speed hub and a 2-speed derailleur all on the rear wheel.  Low gear is 1 on the hub lever and – (minus) on the 2-speed lever selecting the larger cog.  Second is 1 on the hub and + on the 2-speed lever selecting the small cog on the back.  Third is 2 on the hub and large cog on the back. Fourth is 2 on the hub and small cog on the back and so on.  So there is a whole lot of control lever work going on.  Up to last week I changed each unit separately but now I have got into the swing of changing both at the same time.  It feels wrong but works OK and less time (and thus momentum) is lost when changing down on hills – but I really have to think about which way to move each lever!

So, 1,000k up – where to from here?  Well next week will be different.  We are heading south for a few days and I will be taking the Brommie.  There is a chance of a ride of K’s Bike E – a (non-electric) semi-recumbent bike that was produced in America for several years before the company went under in 2002.  Last but not least – the Cycle Life Challenge begins on Friday the 9th.  The Challenge has been called by Goddess Kathleen and we will respond.  The Rules can be found Here.

Lots to do; I will report on events as they happen.