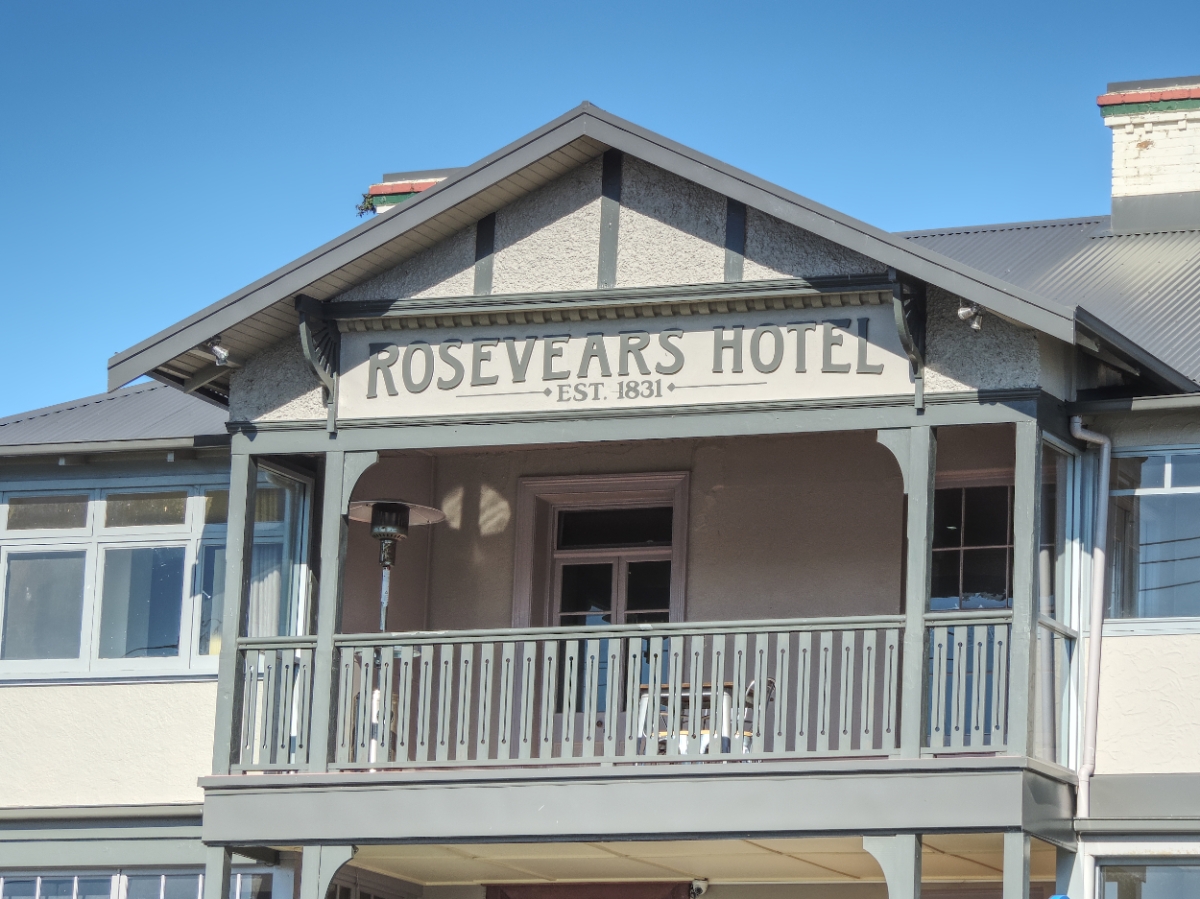 With the good weather continuing I rode Rosevears Drive alongside the Tamar River for a 20k out and back.  The Tasmanian Tamar River that is, not the Brit original which forms the boundary between Devon and Cornwall. 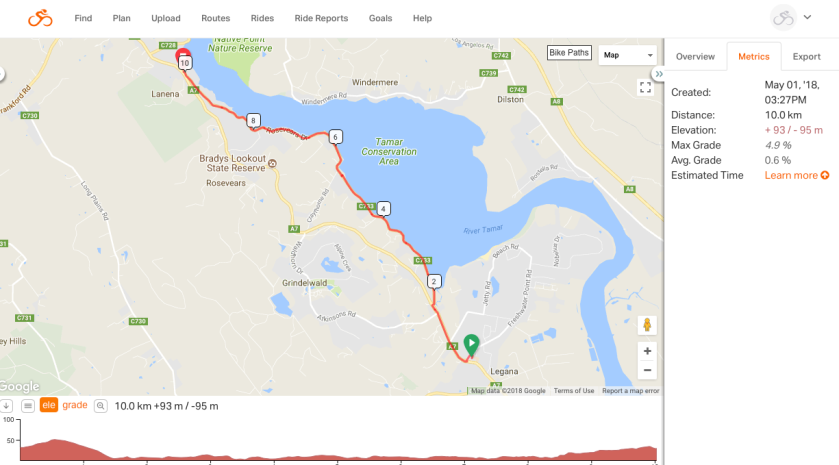 Probably around 18°C when I set off from Legana on the West Tamar Highway heading for a right hand turn which runs down to and then alongside the river.  It is part of a longer, favourite cycle run for Launceston cyclists and there were more than a few out today.  The speed limits on Rosevears Drive are low at 40 – 50 – 60kph depending on conditions and drivers are in “cyclist aware” mode, making a ride along here stress-free. Well, nearly. 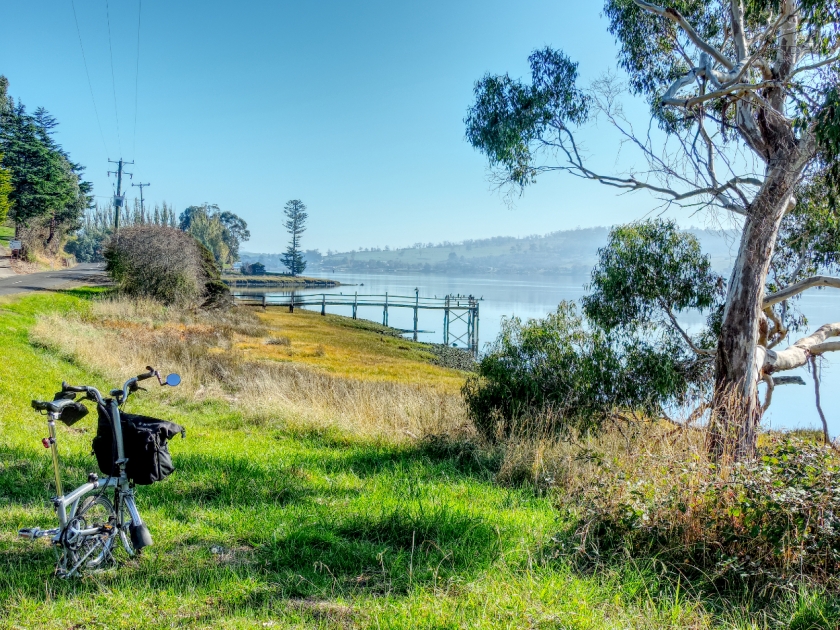 On getting down to the river I found I was feeling well but putting out no power.  So I coasted along enjoying the day and the views.  Each slight uphill needed very low gears and the downhills were rolled.  Couldn’t even blame the wind today. 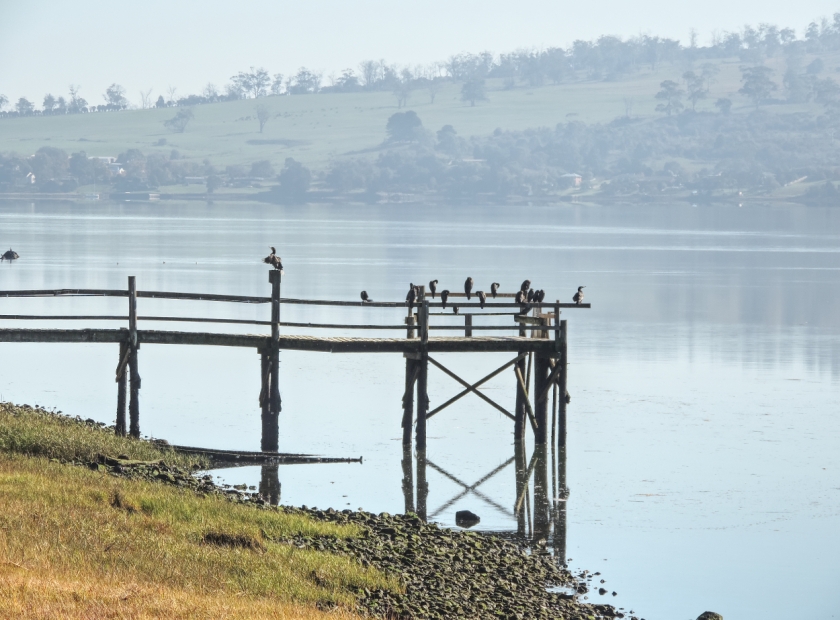 The Tamar River ( kanamaluka) is an estuary some 70 kilometers long  It starts in Launceston at the junction of the North and South Esk rivers and eventually flows into Bass Strait at Port Dalrymple.  At Rosevears Drive the water is brackish and tidal and, today, very calm.

Next to the river are flats which flood during heavy rain / high river events.  The flats and the road and land immediately to the far side of the road then give way to gentle hills.  Quite a few houses are tucked away as the land climbs from the river but not as many as you might expect for an area so close to a major town. 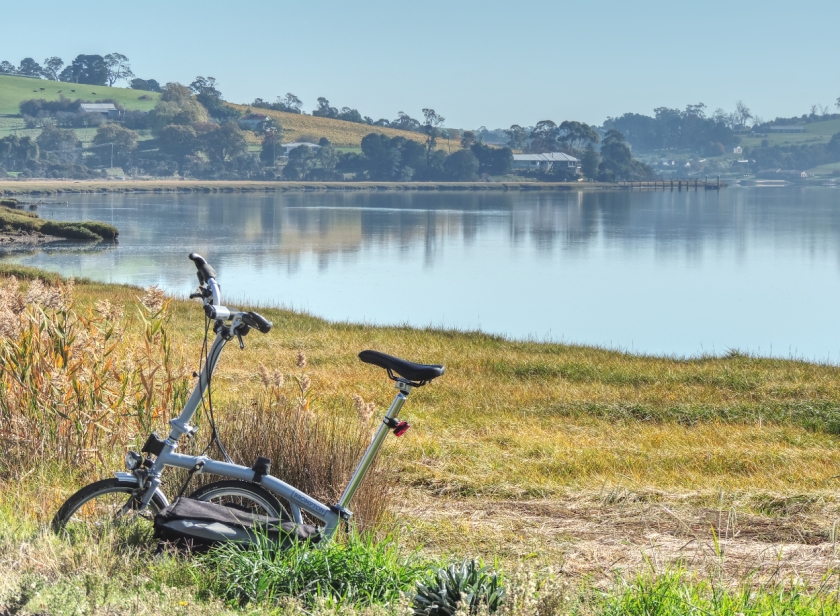 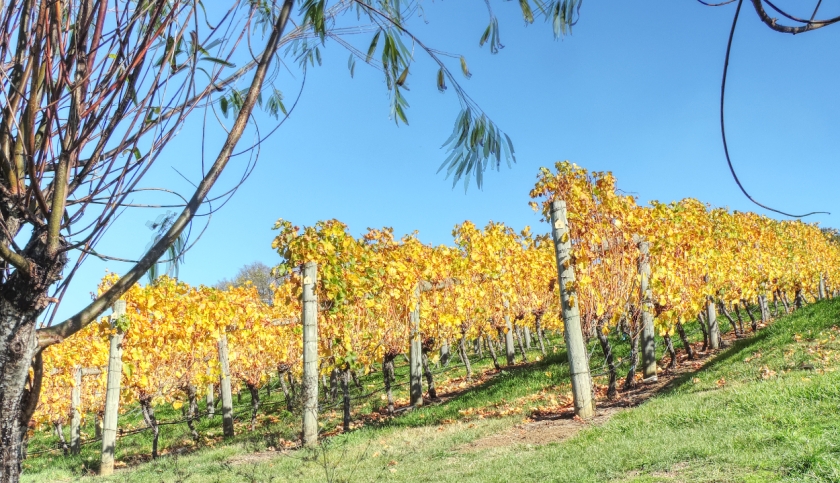 About half way along today’s ride comes the Rosevears Hotel.  It was established in 1831 – a mere 28 years after first settlement by the British in 1803. 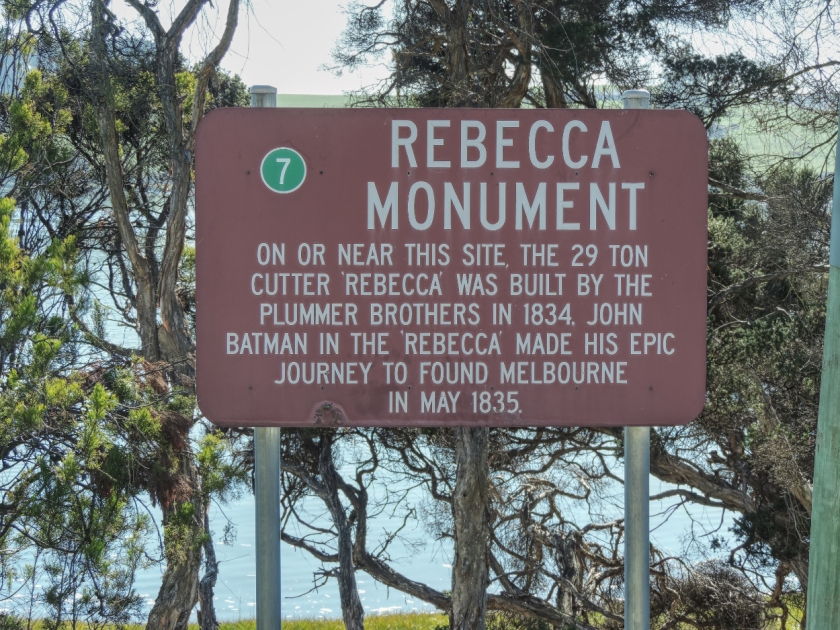 Shortly after the Hotel this sign appears.  OK.  So the Rosevears Hotel was up and running 2 years before John Batman set sail to found (not find) Melbourne.  We will have to check out the Hotel one day and see what history it holds.

Today this west side of the Tamar is favoured for the production of grapes on the hills.  I passed a number of vineyards where the leaves were all shades of yellow to orange and the fruit had obviously been picked.  A couple of “yards” were swathed in bird-netting so they hadn’t yet been picked.  Not sure why.  Further south where there are frosts, vintners are working on the production of ice wine.

FYI from Google/WikiPedia – Ice wine (or ice wine; German: Eiswein) is a type of dessert wine produced from grapes that have been frozen while still on the vine. The sugars and other dissolved solids do not freeze, but the water does, allowing for a more concentrated grape juice to develop.

We have sampled the Frogmore Creek version and it was quite nice (Brit understatement for bloody tasty).  But, as frosts do not happen along the Tamar, the producers seen today must be trialling something else.  Generally this year’s grape harvest is being considered both plentiful and good quality – a vintage to look forward to.

I continued until this back road called a Drive reconnected with the West Tamar Highway, where I turned to cycle back the way I came.  The view was different in reverse and now I found my legs had somehow recharged.  The small rises were now being taken in 3rd and 4th gear and speed overall increased without any more obvious effort than before.  Good. 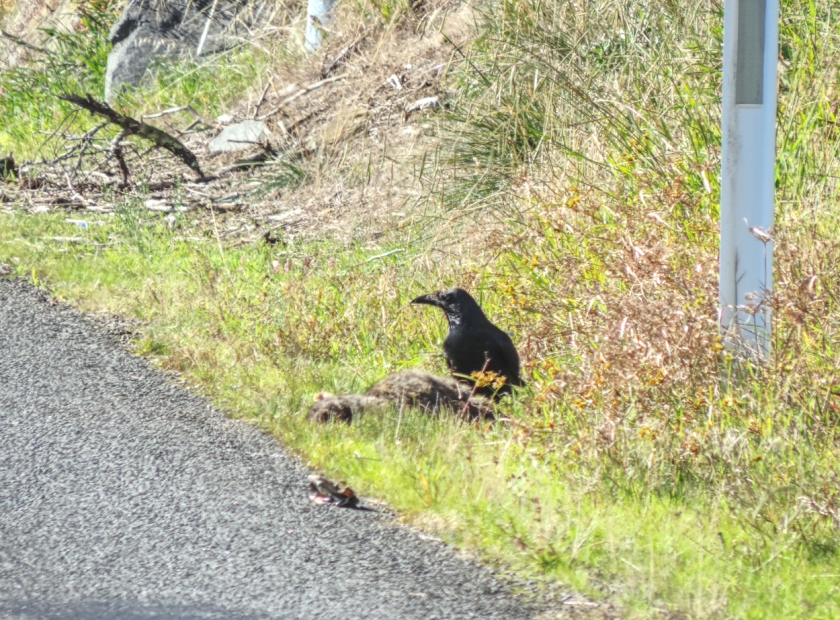 The Raven pictured above moved slightly away from the small, furry, dead animal (maybe a Potoroo) it was eating as I passed.  Ravens are really unconcerned about traffic  – they just hop far enough away to be safe then go straight back to their tucker. 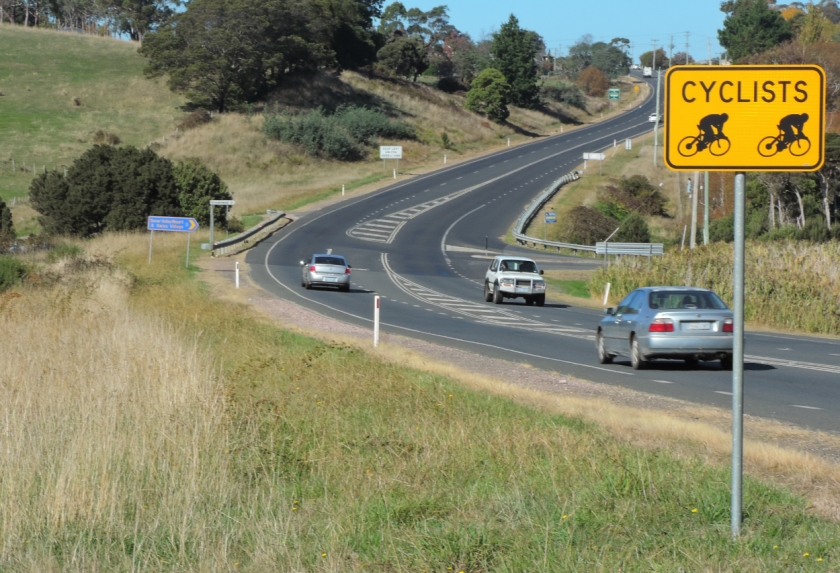 The sign needs to show a third cyclist – one not so athletic – ME.

At the end of the Drive it is necessary rejoin the highway and climb a hill 1 kilometre long.  It starts off gently and then hits some grades around the 8-9% mark.  I stopped at the bottom and took the picture and set off not knowing what to expect my legs to do today.  Well, I sort of expected to walk up part of it judging from my performance earlier.  But no.  In bottom gear, yes, spinning freely I cycled the Brompton up the hill, without a walk.  I was pleased!!

There is a another ride here.  It continues from where today’s ended and joins another beach road to take us to Paper Beach.  Maybe next week?