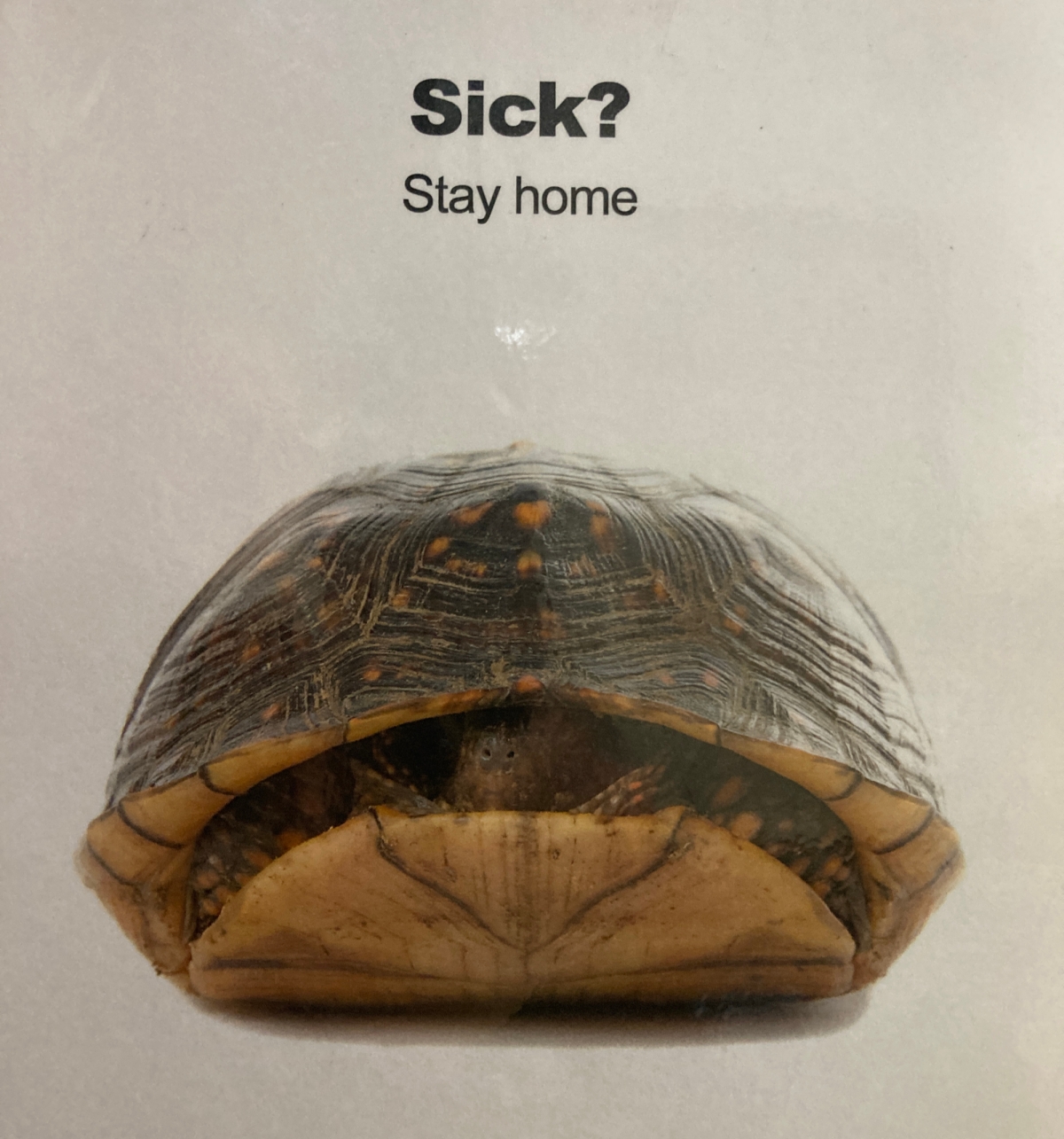 This advice was on the wall in the waiting area of my Opticians. As I had traversed the entire establishment to get there, the message was a bit late.

Since my last report I have dodged the rain and managed to get in 100 kilometers of cycling this week. The week before was poor – too much rain and too little riding. It is a good time for frogs though and I have sent several more recordings of their calls to the Australian Museum using their Frog App.

The rides have mostly been to Bishopsbourne as that is a shorter route which can be fitted in between showers. Except for today when I got to try out the waterproof outer covers for the Arkel panniers. Of course it would be a good idea to try things out when they weren’t actually needed but that is not my way it seems. By the time the covers had been fitted, the first shower had gone past and the panniers and I were quite damp. Never mind – there was plenty more water where that came from to the test the covers.

Also out and about today were “Troopies” – troop carrier style 4 wheel drives. Blokes like to option them up with winches, shovels, cab-high air intakes, jacked up suspension and a muffler with an exhaust note that sounds like a raucous fart.

Troopies are driven like F1 cars with gears slammed in, foot hard on the throttle, if possible chirp the tyres when hitting third. When they have a “P” plate up showing the driver has just passed their driving test – look out!!

I guess the 6 that passed me on the way out were off to the Tiers to find some harmless dirt track to beat into submission. Preferably getting stuck in the mud and trying out the new winch, grab strap and shovel. I wonder if they will take up cycling when they retire ……

As I neared Bishopsbourne a rather pleasing rainbow displayed.

The ride continued damp with a gathering wind and multiple showers.

As I rode to the turnaround point, which is a little past Bishopsbourne, I passed a car tucked into the side on the right. It looked dumped but also like someone was inside with their head resting on the steering wheel. I crossed over to check it out. Was someone sick. Or (having watched too much Scandi-Noir) had they been shot, stabbed or beaten up! Luckily it was nothing like that. The “head” was in fact the headrest of the seat which was tilted forward! Phew !!

At the turnaround I checked the pannier covers – they were sitting in place well and enjoying their first outing.

The run back began with a nice following wind. Time to continue a bit of planning. One ride this week had actually seen some sunshine and that got me thinking about using the kayak Bimini as a sun shade again this summer. It did work and I did enjoy not sun baking my face quite so much but, it didn’t feel strong and it could, maybe, be a bit wider. I have ended up ordering a Vel Top canopy from France but, after downloading the fitting instructions, I saw there are going to be problems fitting both it and the panniers to the bike rack. How to do this (?) was the mental exercise for the ride home.

In fact the problem was tossed around until a 46kph run down “Rumble” on Wilmore’s Lane took my mind off the canopy. 46kph indicated the wind (still a tailwind) had risen quite a bit. That was a ride plus as I enjoy a good downhill!

The Vel Top order remains at status “Processing” so I have time to get an extra bar welded onto each side of the pannier. That should do it. I checked covid status in France and found talk of lock downs etc so that may slow canopy delivery down.

Bicycle Network was holding a session in Devonport to train people to be ride leaders. I decided to attend and see what it takes to be a full Leader.

The weather was scheduled to be awful but I ended up driving across warmed by the sun coming into the car. There were clouds everywhere, just not over me. Occasional views through the clouds covering the Western Tiers showed a good deal of snow had fallen. The outside temp read 5°C so, with a bit of altitude and precipitation, the sitting snow was not surprising.

The session was run at the East Devonport Church Hall and, by the time we were filing in, the rain had started. Not to worry – we were indoors and soon pouring through the various handout material learning about the process and necessary form filling. Along the way I ended up with a nice new Bicycle Network cap!

That part of the course over we then took advantage of a bit of sunshine to get on the bikes and prove our competence at riding around cones positioned in various ways. Then we practised the various signals we were advised to use on a ride. I particularly liked banging your helmet and shouting “Magpie” to warn those following. In real life I suspect everyone behind you would know you had been dive-bombed as yells followed by laughter (or swearing) usually ensue.

One really good tip was given. This comes out of Melbourne with it’s large cycling population. “Car dooring” cyclists is a thing there. This is where the driver of a car opens their door into the path of a passing cyclist. The natural action for the cyclist is to swerve away from the door – risking hitting the door edge or even a passing car. The advice is to do the opposite; aim inwards – at the point where the door hinges to the car. It happens in a split second but you may, having thought about it, react in this safer way. Having swerved out in the past (riding in Sydney) I hope to never be in the position of testing my reaction again.

The bike riding session ended and the sun came out a bit more. The others were off for a ride to Latrobe but I loaded the Brompton into the car and set off on the 100k trip home instead. Why? Well I am trying to shake off a long-term cough apparently brought on by an unusual bug kindly donated by Oscar! Hopefully the antibiotics will fix it up.

That’s it for now. Several ideas for camping trips are formulating themselves in the brain. These draft tours feature routes both in Tassie and further afield. Those further afield will have to hang about though until Australia can sort out a safe “covid normal” way of living.

One thought on “Winter Rains”