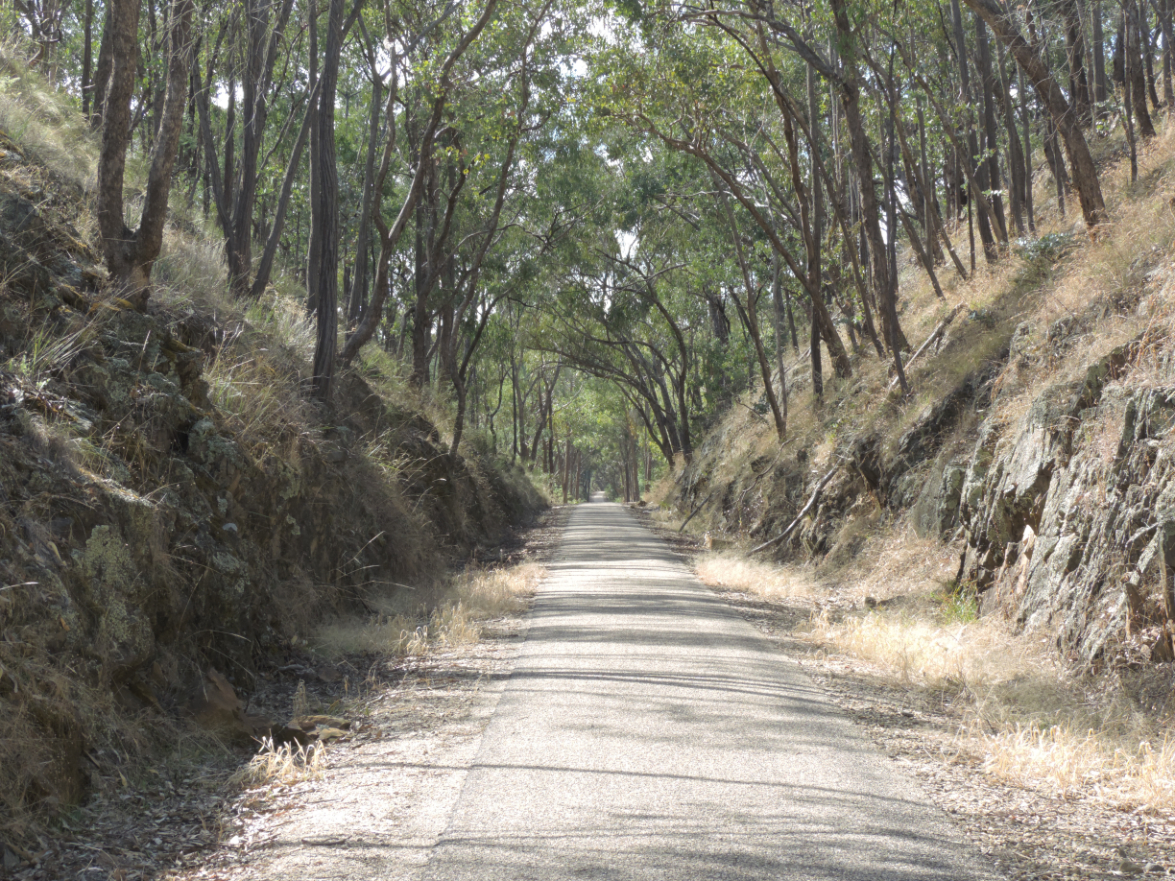 Up to Beechworth: A climb and a bit

Today’s ride clocked in at 16 ks for the climb to Beechworth but then I pottered about town looking for an ATM and a bottle of red thus bring the total for the day up a bit. But it also climbed over 300 meters so not a piddling day’s ride. It proved to be one of the busiest days on the trails so far with many riders using two vehicles so they could start at Beechworth and ride down only. Four people did ride up, overtaking me easily.

What is there to write about today really? It was a climb most of the way and for me this was mostly in bottom gear spinning comfortably making sure I was at talking speed. That is not puffed enough to be unable to speak. In this way asthmatics and COPD are not bothered. The downside is the scenery goes past quite slowly!

Eventually the trail led into Beechworth. I know the town a bit but initially I could not recall the way to the caravan park. Finally I recognised a hotel in which Sue and I had a meal few years ago. Memorable because the Chef turned out to be a Southern Tasmanian.

Once that landmark was found I was able to navigate to the Lakeside CP easily. After a $15 bill last night, $60 for the next two nights was a bit of a wake up call.

This area is renowned for it’s cycling and the caravan park is full of bicycles. Mostly families with parents wanting to get their kids into cycling. Good to see.

A great evening signed off the day. Tomorrow I will have a look around Beechworth.