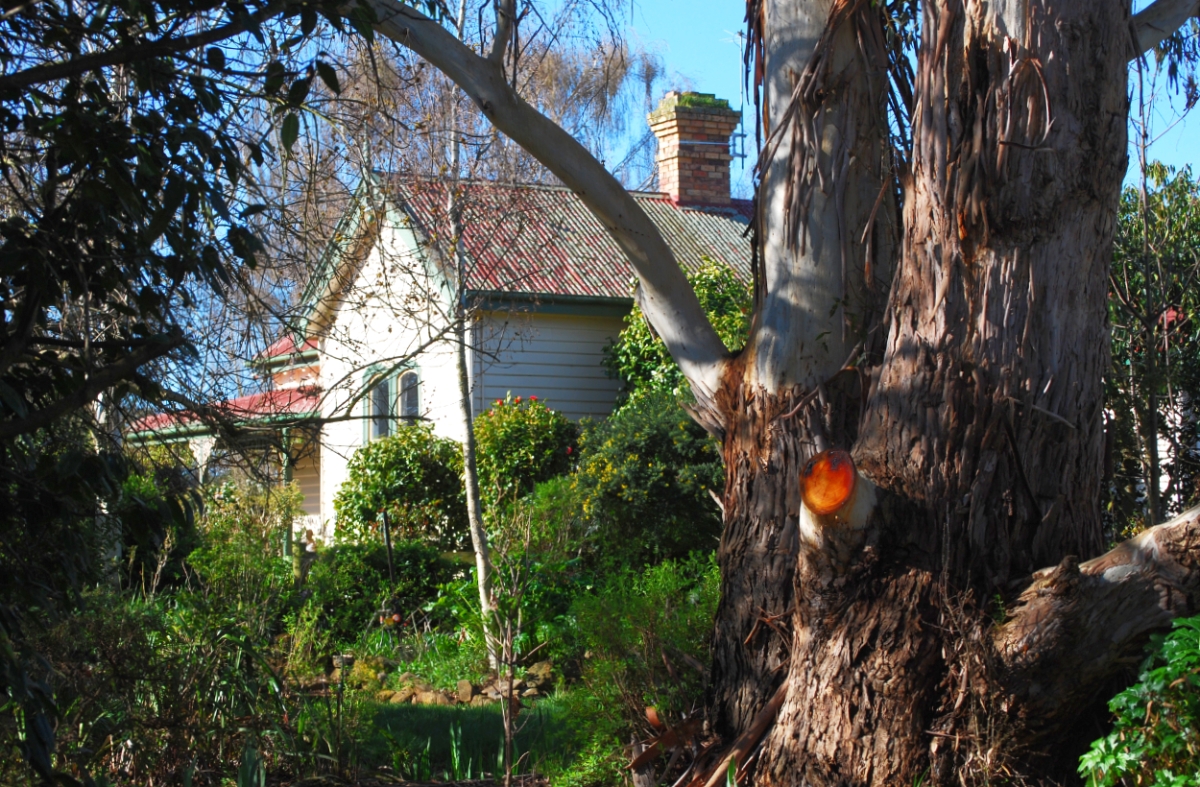 It’s been a good week. Being retired I can view TV when I want and this week our multi-cultural TV channel (SBS) has been streaming a daily précis of both the Tour de France and the Giro Rosa. What a way to start the day, coffee in hand, watching cycling nobility, male and female. Inspiring and more to follow next week. Go Richie (Porte).

OK – what has this inspired me to do? Anything?

Colin and I decided to tackle a longer ride last week and on Wednesday we headed off to Westbury. It’s a decent ride so we began early(ish) – 9.30am – so as to avoid the early morning frost and possible fog.

An 80 k ride through the Norfolk Plains. The day was a good one once it warmed up. Sunny with light winds so we could ask for no more.

We started off at a pace suitable for warming up the muscles. As a by product we were able to chat away as breathing was not laboured! First, a catch-up and a discussion re Colin’s idea of a 3-4 day camping/cycling trip in the near future. That sorted, as the ride developed we continued chatting, fixing the world’s problems as the scenery passed by.

The traffic was light and we could ride side by side for longer distances than normal. Side by side on trikes takes up quite a bit of the carriageway so an eagle eye on the mirror is essential !

We passed a lot of sheep with lambs. These days lambing must be a very controlled activity to make sure a supply of lambs is available throughout the year. While cycling the Plains we see new-born lambs most months. What has been noticeable recently is the number of triplet lambs being looked after by busy, flustered Mums. A good thing the Sheep and the Rams can be fired up into action as necessary in order to provide a continuous meat supply (or can they?)

I am silly enough to hope it’s still a natural activity and not just a Vet with a syringe!

Occasionally we spot a horse of two. Not so often as sheep, steers or milking cows but there are some about. On this ride two were quite interested in the trikes riding by. Just triggered a memory – are any of you old enough to remember the TV series “A Horseman Riding By”; early Nigel Havers? I see it’s available on YouTube now. How will it hold up? Maybe I’ll have a look and let you know.

After Bishopsbourne we cut across to Black Hills Road and headed for Westbury. Beyond Station Road the hills began – some well up around the 10% gradient. Very rolling country, it took us a while to get to the Westbury boundary.

The plan was to take lunch at Westbury but the first Cafe we visited was closed. Is the Westbury Maze Cafe a victim of Covid? (We don’t know.)

So I grabbed a sandwich and a coffee at The Hub Cafe, a very ordinary place, while Colin took his home made grub along to the sports ground. I ‘took away’ from the Hub and met him at the sports ground where we settled down to feed our engines.

A bloke came along to chat with us. After we had discussed the trikes, we found out that he owns and flies a Jabiru. This is an Australian made light aircraft. Colin has had lessons in one so there was a lot to talk about. When asked where our visitor flies to the answer was “to visit friends for a cup of coffee”. That could be said that’s what we do too – except we cycle.

After lunch we took off along the Meander Valley Highway which proved to be quite a lot busier than the back roads we had been on. A very smart Porsche sedan drove sedately past – and then passed us again some kilometres further along the road. As Colin pointed out it would cost a lot more to run compared to a Greenspeed Trike – even if we ate gourmet lunches every day to power them!

Our cunning plan (nod to Baldrick) was to return via the newly re-opened Hazelbrae Cafe for a coffee.

Yes, the Cafe is now open Wednesday to Sunday and makes a good cup of coffee. We had a very pleasant rest there sitting in the sun with a tasty coffee and a piece of cake. Sorry, unlike “Auntie Helen”, an English recumbent rider living in Germany, I forgot to picture the cake. “Auntie Helen” finds the most amazing German cakes to fuel her personal Velomobile engine – take a look at her blog if you don’t believe me.

By now our legs were getting bit stiff and Colin told me it would be OK if I just wanted to speed along to get home. Chance would be a fine thing. Colin then did what he normally does and got a second (or third?) wind and sped up. I had to up the power level just to keep even with him.

As I get to know the electric system better I reckon that, as the voltage level in the battery drops, the motor delivers less power. What feels like level 3 on the way out seems equal to level 4 on the way back on a ride this long. I will investigate further via the various EBike websites that abound with knowledge and see if it’s true. Of course it may just be that I weaken as time goes on.

Eventually we were back on the local hills of Rumble, Roar, Rack and Rip cycling into Longford. It was a very good ride.

The past few weeks I have been tidying up the shed. One end is becoming a wood workshop and the other end a bicycle garage. There are a few more things to do but it begins to work well.

I built some new shelves, a table for the scroll saw and threw some stuff out. What I noticed yesterday were 3 new items that seem to have become necessities.

It got me thinking. How much extra support equipment will I need as the years trundle on?