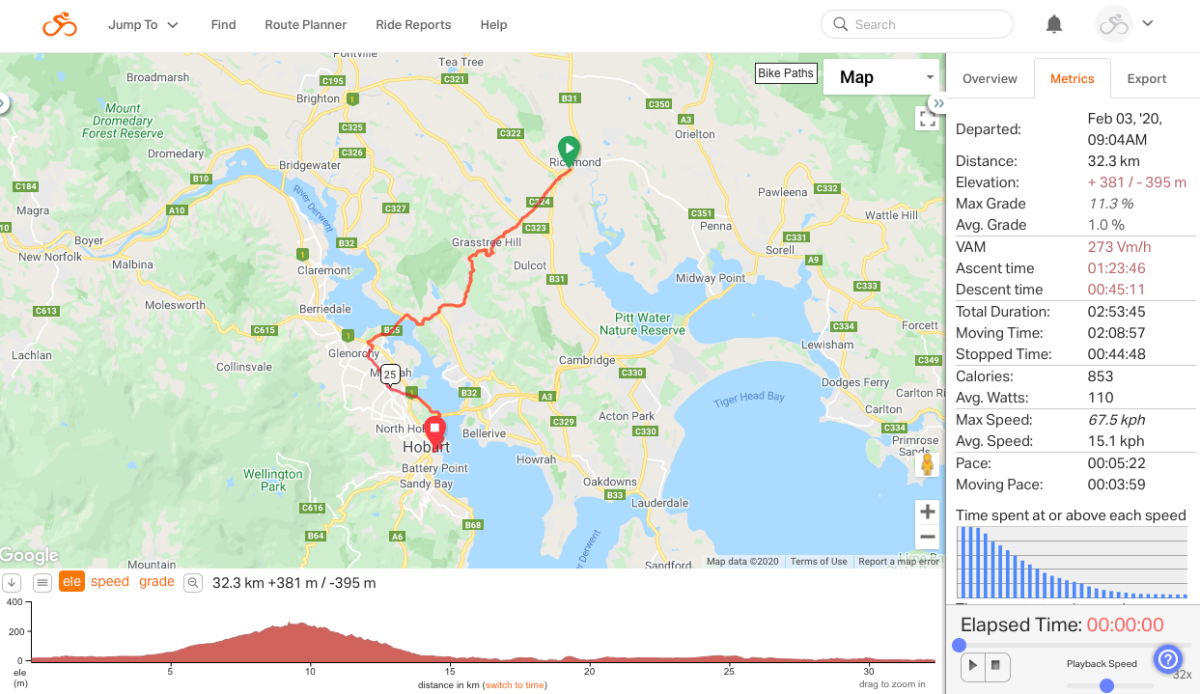 I had a good night’s sleep after sticking with some modifications to my arm position. While my shoulder is gradually feeling much better, it had a bad night the first night of the tour. I just could not get comfortable. 3 nights into the tour and all was good.

It rained overnight. The tent was wet and the flysheet over the trike had blown forward so it was very wet but not covering much at all. The trike sat proud and unprotected.

It began raining again as I emerged from the tent, so I lugged all the bags down to the camp kitchen in order to be undercover while sorting them out. That took up most of the table space and seating while I emptied most of them to try and install some order.

Then I chooffed about taking the tent down, folding and bagging wet tent, flysheet and groundsheet. With everything bagged, the time came to load it all onto the trike. Gradually order came from disorder and it all fitted on. By then Colin had fought his own equipment battles and we were both ready, so we had a cup of coffee to celebrate.

Then we set off.

At this point I tried to insert a picture. I found that somehow the pictures from Monday have been stored in some unusual text format and wouldn’t change to .jpg. So it looked like no pictures for this post. Very annoying, particularly as I don’t know how it happened!

But then I had another idea and the result is :

After several hundred metres of busy highway, we turned off onto the back road we would use to climb over Green Hills Road to get to Risdon Cove. Once again the road began to climb.

I followed Colin and varied my position behind to see what helped passing traffic. In the end I decided I could ride on his tail or be back 200 metres and it made little difference. Some (most) drivers took care and passed safely. Some just over took no matter what was coming the other way. Some were just pissed with us.

The climb was through great scenery. Bush with houses tucked away everywhere. Firetrap after firetrap but, during the non-fire season, such places would be very nice to live in surrounded by nature.

After a while I checked the time. We were travelling slowly and we had a schedule! I sent Steve a message to say we were still climbing. The plan was to meet up with Steve (another Greenspeed rider who contacted me via this website) at the point where we would join the Intercity Cycleway.

Not long after that I climbed up to Colin and found him waiting at the top. Yippee, time for another descent!

This one was not so fast but steep enough to allow a 45kph run down through bendy territory down to Risdon Cove. My thanks to the cars behind that held back and let me enjoy a bit of speed. From the Cove I sent Steve another message.

Next came a stretch of the B32. There was a lot of traffic and a small hard shoulder. I concentrated on getting it over and done with asap while staying safe. Quite soon Bowen Bridge came into view and then, suddenly, I was on it. I wasn’t supposed to be there! There is a cycle lane somewhere but I missed it. Luckily the bridge traffic wasn’t too bad and I crossed the Derwent River without incident. Ahead was a big black cloud energetically spewing water.

I stopped, thinking to put on rain gear but then I spotted a triker. “That must be Steve” I thought. The rain passed over without dropping too much on the end of the bridge, so I rode to meet him instead. We introduced ourselves having only met by email up to now. Colin arrived, further introductions ensued and then we all rode off, headed by ‘WayFinder’ Steve, for the Cycleway.

Steve had expressed doubt about taking the lead – we would be too fast. He soon realised Colin and I travel slowly!

Sue had driven down from Longford, starting at 8am and the latest report was that she was waiting for further advice at Cornelian Bay.

We pedalled across the Brooker Highway using a bike crossing, passed through a commercial district and navigated a trike-difficult gate system to end up on the track. From there it was a straightforward journey along the cycleway.

As we passed Cornelian Bay, I called Sue to let her know and she set off to find a parking spot at the Hobart Docks. At the end of the cycleway Steve showed us a new cycle track that runs through the Regatta Grounds to the Cruise Ship terminal then into the docks. It is a good addition to the cycle tracks in the area.

Not far to go now.

I have always enjoy cycling around the docks and today was no exception. Not too many people, plenty to look at and in the zone I rode straight past Sue and out the other end! It turned out Fish Frenzy had moved and was no longer close to Salamanca. I was called back. We parked outside the fish restaurant, took pictures, shook hands and went inside for a good feed.

One thought on “Longford to Hobart. Leg 4.”