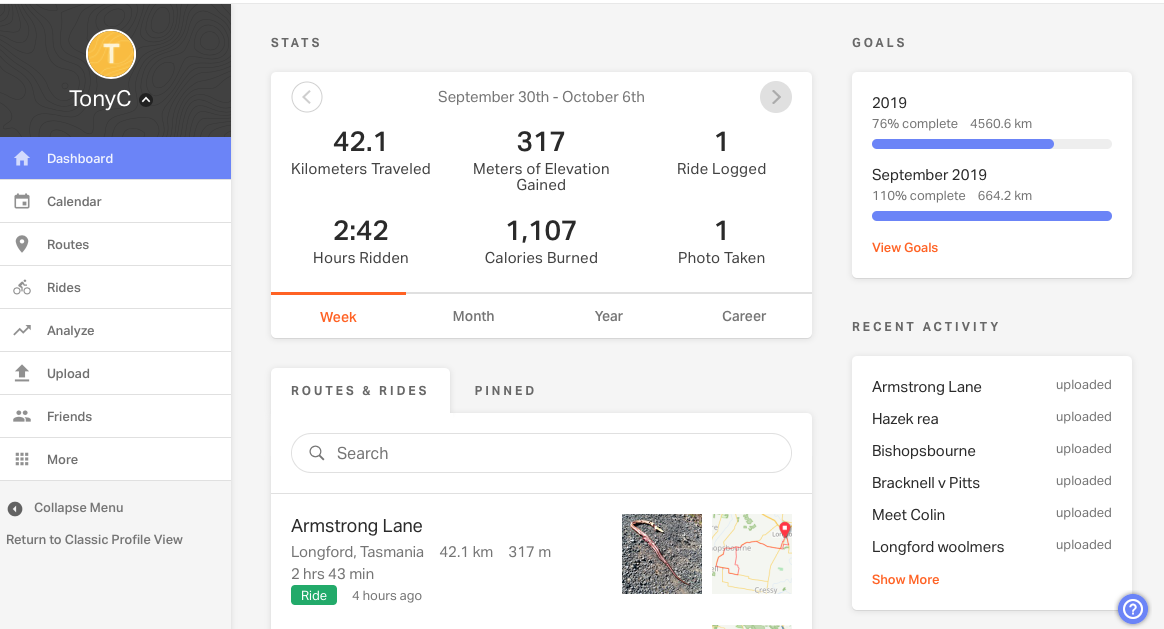 My shoulder remains not the best but riding seems OK. The joint has more pain free movement than before the injection but now has problems in different areas! I have added to the exercises the Doc gave me after reading more about Bursitis on the ‘net. Are they doing any good? Time will tell.

In the meantime I have been adjusting my riding position to try and extend the arms more. The “normal” position seems a little more cramped in the arm area than on Red Magnum, perhaps due to the XL’s extra wide seat. The NuVinchi controller I have tried in various positions and now it is sited at the base of the steering arm so I don’t have to reach back so far – a movement that produces the odd twinge. This sort of thing makes one feel a bit ancient !

Recent riding around the Norfolk Plains has not been without it’s observers. Many paddocks seem stocked with steers being fattened before taking a ride on a truck to some dark place. They are very curious about trikes it seems and, when we stop, it’s like they gather round to give advice. Any sort of advice – where to go next, how to put the chain back on, how to fix the puncture, how to take a picture – you name it, they know it all.

Ride of the Week.

We began this adventure by driving to Deloraine, meeting up at 9.30am on a grey, chilly day. The Main Street at Deloraine is narrow, steep and busy so we took to the similarly steep back roads and pedalled up to the top roundabout on Emu Bay Road (EMR), taking care to warm up the leg muscles slowly.

Today our route took us to the end of EMR and out, onto the Bass Highway. Here we enjoyed a ride on the hard shoulder feeling Trucks and Cars and Utes and SUVs whoosh past at the 110kph speed limit.

The hard shoulder was wide enough to accommodate the trikes with a bit of room to spare. There was even enough room to dodge some of the glass and vehicle bits thoughtfully scattered along its length. In some places it was very bumpy and this less than adequate surfacing was often excitingly found halfway down a high speed descent. Colin lost one of his rear lights along the way – probably on such a bumpy section.

Why would the route take us along the major link road between Launceston and Burnie? Well, the first “Gourmet” stop is Ashgrove Cheese some 15 kilometres north of Deloraine and situated on the highway.

As you can see, the nicely painted cow (a school project) was plainly embarrassed to be associated with two old farts and their silly vehicles.

We had a break here both to annoy the cow further and for a coffee. I also found some parmesan cheese shavings on special so bought a packet. Sue and I are investigating various parmesan suppliers because we don’t think it smells/tastes like it used to. It had a sourness about it which seems to have gone in these days of sweetened everything. Maybe the Ashgrove variety will hark back to the old days.

Then it was time to turn around and head back south for around 6 kilometers seeking the right hand turn to take us into the countryside, away from busy highways.

I waited and waited before taking the above picture. I wanted to impress you all with how much truck traffic we had to deal with. None came. I got bored. We left.

Once the highway was crossed, we were in a country lane of the well travelled sort. It is a feeder to the highway so is quite busy and things travel quickly. No hard shoulder here so we kept an eye on what was coming up behind and took to the gravel/grass when necessary. After a few ks we turned off onto a much quieter road and were able to ride alongside each other and have a chat about Colin’s lost light.

Several route posts were passed but we missed seeing several of the numbered ones. That was OK as I hadn’t downloaded the voice files into my phone but I couldn’t help but wonder if some are missing.

The type of Hoon that likes to shoot signs may well also pull up cycling signposts. Such signs encourage cyclists to use “his” or “her” roads and get in their way.

The above sign indicates “turn around here”. We had cycled a couple of kilometers basically down a whacking great hill to arrive at the turn around point. Why has we come down here? Especially with a stiff climb back out? The view didn’t look special enough but the rich chocolate brown (potato growing?) soils might be the reason. Without the .mp3 files we had no clue. Even if we had them we would probably be equally clueless.

What followed were several kilometers of ascent / descent with no flat bits. The air was getting cooler and climbing wasn’t warming things up as it normally does. For myself I had worn lighter clothing than over the past few winter months and it clearly wasn’t enough.

Before long we were cruising down to the Mole Creek Road, which we crossed and entered Montana Road. Not too far along is 41° South – a salmon farm and ginseng growing Gourmet outlet. We decided to lunch there as time was getting on. Montana Road was even colder. It was just after 1pm. Where had the heat of the day gone?

The track down to 41° South is a bumpy, steep ride and we crashed our way down it fetching up in the car park where George, the large farm dog, came to check us out. “Hello, Hello” he barked loudly and then ducked his head into our hands for a head rub. We quickly ordered coffee and some toast with squashed up salmon to spread on it. Then sat and enjoyed the special peace and quiet (albeit with bird calls) that only a place in the bush can provide.

Back on the trikes we ground our way back up the drive in bottom gear, turned left and high tailed it down and into the Meander River valley. The ride took us through farmland covered in gorse. I thought the gorse along this road was getting under control and even being reduced but where it had been cut back last year, new gorse could be seen flowering. The old gorse rises 2 people high and I could see no signs of the webs of the gorse eating thingo that is killing the stuff off in other places.

We went from the end of Montana Road across to the road that takes us back to Deloraine. On the way I stopped to put a fleece jacket back on together with a pair of winter gloves. Immediate warmth. Should have done that earlier! The Lakes Road into Deloraine can be populated with stupid and/or speeding drivers but on this ride vehicles were few and far between and being driven sensibly. That was nice.

On arrival back in Deloraine we stopped by the river. As Colin photographed the spring cherry blossom we noticed a platypus in the river. Then another. Then a possible third. They were swimming on the surface for a little while before diving to get food. We were able to watch them for 5-10 minutes before deciding it was time to head for home. A good end to the ride.

On the above ride I was trying out an elderly Nikon DSLR camera that I haven’t used for ages. A heavy camera to carry, I am not too impressed by the results. BUT because I haven’t used it for ages I had some problems working the settings so I may well be part of the problem. I will give it another go to see if I can do better. I have ordered a battery for another early Nikon digital camera so will try that too on another ride. It’s smaller and would be easier to carry. It seems a shame to have these cameras just sitting around waiting for their chance to feature as props in a period piece drama. I will see if they are OK to use and then, if OK, use them.

Tomorrow another cycling week starts. I am on target with my challenge. Fingers crossed for rain overnight for the farmers and sunny days for me to continue the good work.

One thought on “Challenges on Schedule”