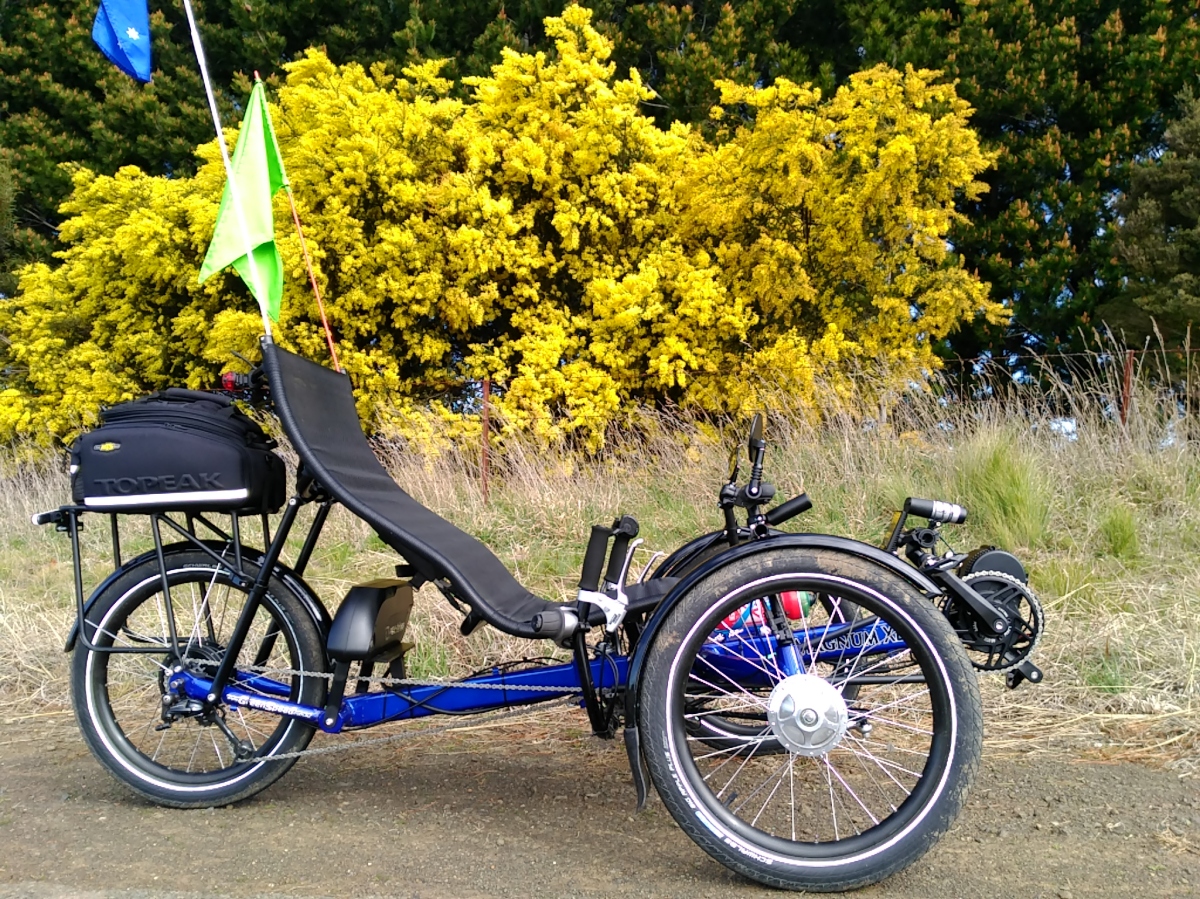 This is a different sort of Wattle – an Ovens Wattle. Most of the Silver Wattle blossom is over now and it’s the turn of other varieties.

When returning home from a ride last week (so this is a sort of riding story) I noticed water coming out between the concrete slab base of the house and the brickwork. Not good. Looks like water coming from the family bathroom.

I called the Plumbing Company already scheduled to rebuild the shower in the ensuite later this month (it also has been leaking). After a weekend of minimal water usage, on Monday a plumber came to look. Took the bath out and found a leak in the pipe bringing hot water to the bath. It was lucky to find it this quick, we had been thinking it might be necessary to remove bricks to find the cause. The bath is a household item unused for the past 8 years ever since Sue’s sister visited from England – so the leak wasn’t due to working hard. In fact it was due to a bad crimp during poor installation. Anyway, once fixed the water on the outside of the house is drying nicely.

Next, the start date for fixing the leaking shower was brought forward to this week and plumbers and installers began arriving from Tuesday on. This meant there was little time available for riding as I had to be home to respond to queries etc. Sue and I took it in turns to be “in” and I did manage to get a few short Longford rides in.

When riding recently I have been finding cut and split logs by the roadside. They must have fallen from trucks, utes or trailers carting wood from A to B. I have been picking them up and squeezing them into the small panniers that unzip from the rear bag. They are for use in our OzPig outside wood stove. While being confined to quarters I used some of the time to split the larger ones and start cutting them in half. This will help dry the logs out before use. Also, the OzPig isn’t very large and happily digests smaller chunky bits of wood.

So, that was two items sort of related to riding.

Also, while stuck at home, I decided to shorten the chain on Bluey to see if that helps with chain slap. While doing this I found 3 ways not to thread the chain through the derailleur! I could blame this on the fact that my view of the derailleur was faulty but that would, of course, just be an excuse for bad mechanic-ing. I could have set things up so I had a better view. It was a bit frustrating not to be able to go for a ride to test it once the excess chain had been removed – but the guys were working hard to get the shower ready for tiling so I hadn’t the heart to ask them to move their van and trailer so I could get out.

Now for some real riding

On Thursday there was time to take a longer ride. Out to Bracknell. The changes to chain line help a little but it is not the ultimate fix.

The main event of the week. Colin and I took our trikes along and received quite a few comments from people on the street. Mostly good!

The Organisers decided we would ride further this year. Starting by riding from Princes Park to City Park we then headed for the new Kids Playgrounds at Riverbend on the North Esk. This area was very busy with adults, children and dogs. Not sure how impressed they were with a large number of cyclists passing through.

I had the front light/camera running and afterwards prepared this video of the event. The battery died just before the end. You will have to imagine the downing of a nice Gin and Tonic with a couple of cucumber sandwiches to finish the ride off.

At the end you can hear Vikki distinctly telling me to pedal. Faster !!