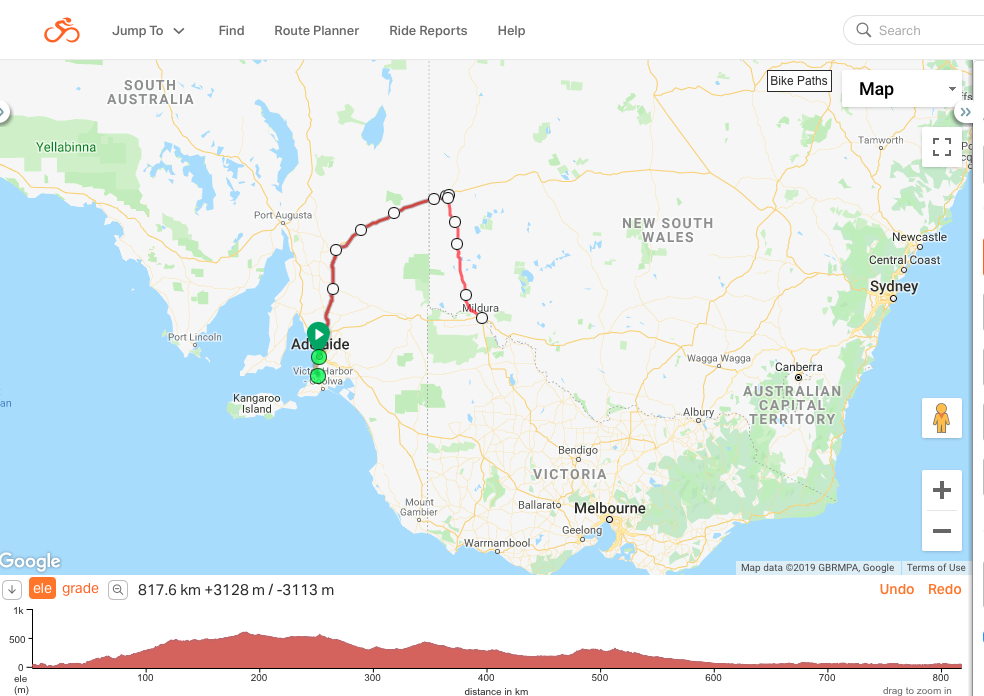 The trike was parked at Milang and then folded up, wheels off and placed in the back of the car. In fact it hasn’t been used since I cycled it into Adelaide. I thought I had better post a ‘filler’ to tell what we are doing.

The time from arriving in Adelaide until now has been spent being driven and driving ourselves to various coastal towns in South Australia plus visiting Adelaide and the Adelaide Hills. We did ride the Cockle Train; a train pulled by a 106 year old steam engine on a route which runs from Goolwa to Victor Harbour – roughly where I cycled the Endeavour Bikeway the previous week. It was a good ride but we could have done without the really noisy kids – last day of school holidays!

At Victor Harbour I found a collection of 4 person bicycles for hire. And resisted the temptation.

Our days in SA were followed by a drive up to Broken Hill (New South Wales) via the railway town of Peterborough. Peterborough was once a major railway junction of the north/south and east/west lines. 3 different gauges came into town – so it was a bit of a challenge.

Broken Hill has one cycle lane as far as I could see. We did find a shared path in the desert between Silverton and Broken Hill but nobody knew where it began or ended! So I didn’t cycle there either. Besides we were visiting a friend from Sydney who recently moved there and so the two days were spent exploring with her.

Now we are turning south and have a couple of days to get back to the Ferry in Melbourne. More days without cycling! I will be unfit when we get back.