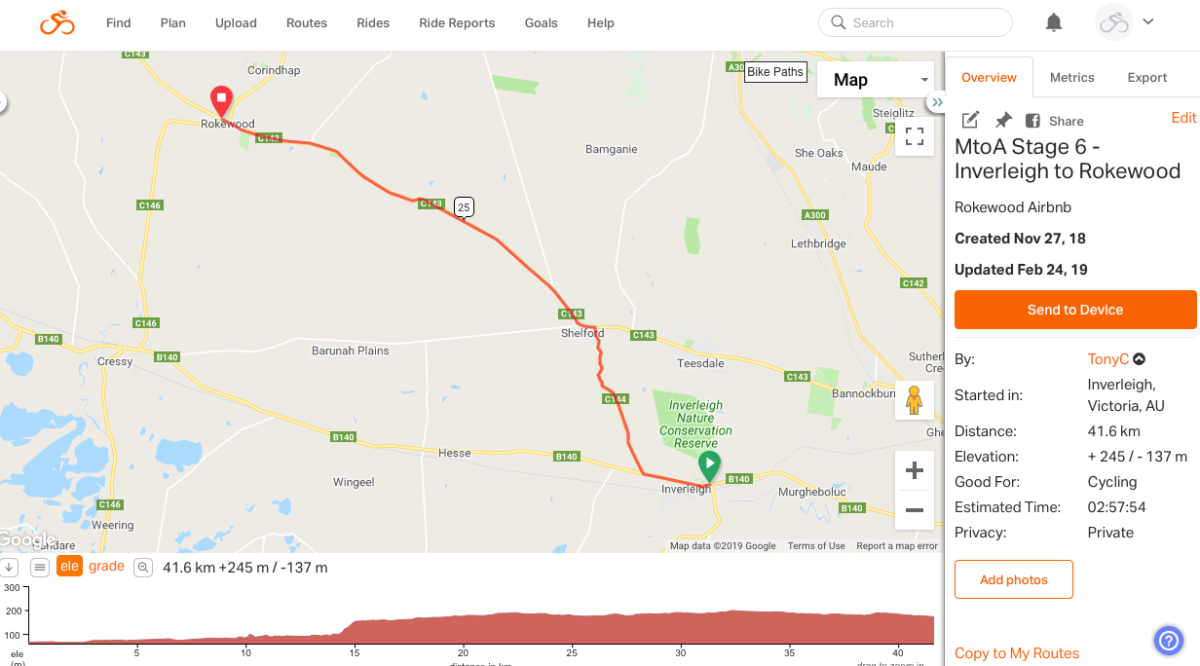 This ride became the morning stage of the ride to Skipton. Mainly because I couldn’t find anywhere to stay in Rokewood.

I left at 8am. The day was dark, cloudy, spitting and breezy. Later it will hit 30C again. I have run out of gel sunscreen and so used the emergency white stuff. It doesn’t fade so one looks a bit odd.

Started on the Hamilton Hwy which already had some 2 trailer trucks speeding along it. Luckily I had found a smaller road and the turn off wasn’t far along. The small road was quiet and up a gentle incline. Most of today would be uphill!

The hills and gathering wind slowed things down but I got to Rokewood in reasonable time.

I had read that there are plans before Parliament for what would be one of the largest wind turbine power stations to be built here. 228 turbines after the plans were downsized. Why here? The farmers chased it as wheat isn’t going too well these days. On the way I passed 2 other wind farms and can tell you it’s certainly windy here.

On arrival and feeling a bit weak, I had a Hamburger with the lot. Then realised it had an egg in it. I just hope the cook is aware of the current widespread recall of eggs in Victoria after an outbreak of salmonella!

After that and some fruit and water I felt good enough to continue.