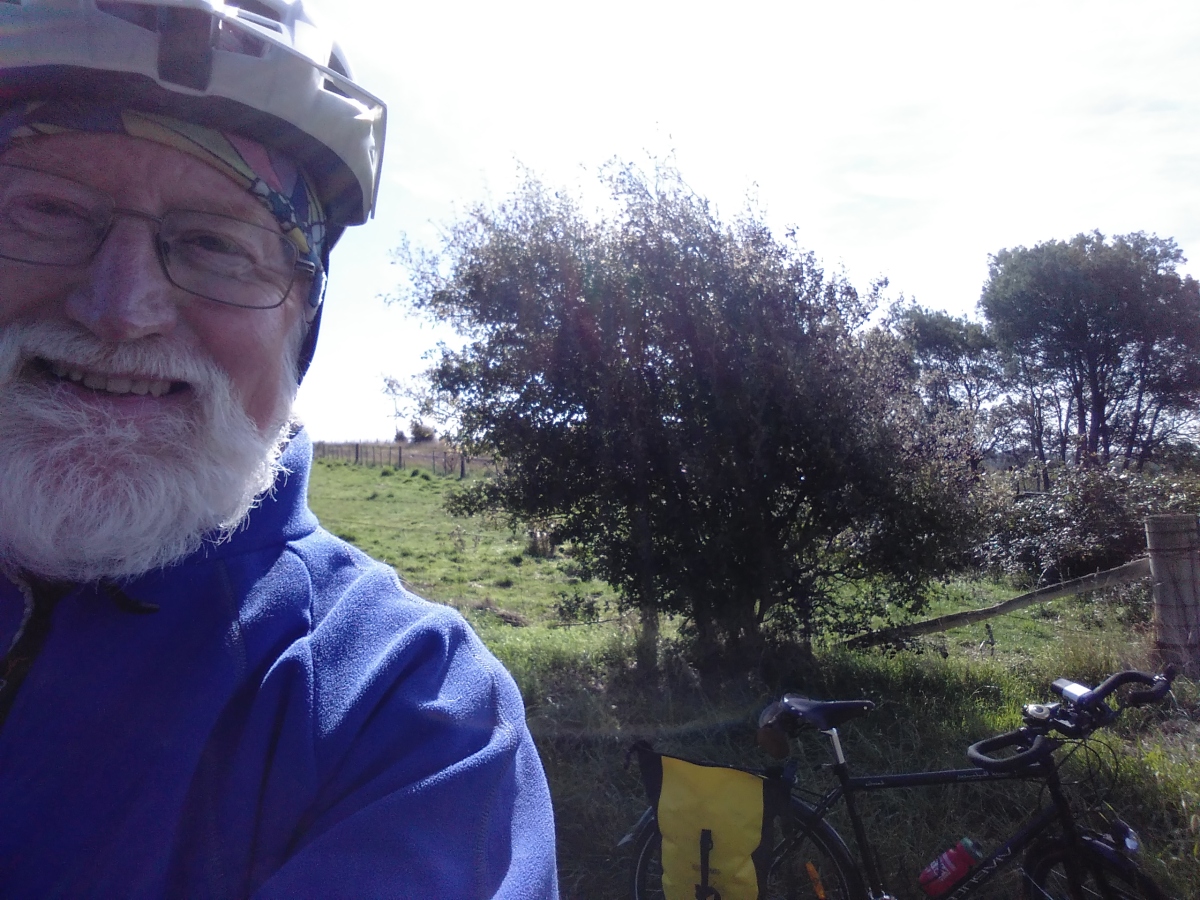 Yep – done it again.  The CLC2018 ride gave me a good start, the Friday River Road run helped and the rest was ridden on the Brommie.

On Saturday I decided to trial what seemed to be a new bike track between Perth and Breadalbane.  There have been major roadworks here for the past 2 years or so building a dual carriageway link as part of the upgrades happening to the Midland Highway.  The old road was not used and it appears that as part of the works a bike path has been installed alongside the old highway.  The connection out of Perth requires a ride along the Midland Highway until a right hand turn is reached – hopefully the Council will develop a riding path to get cyclists to the old road safely.

The initial part of the old highway runs in a cutting blasted out of rock.  There is not enough room for a cycleway until you are through that bit – but once through there it is.

I have practiced my YouTube skills a bit and have a video I created this morning.  You can see it Here.

At the end of the vid there is a shot of a sign to Gibbets Hill.  There is a bit of history here as written up in Wikipedia :

In 1837, five years after the practice ceased in England, the body of John McKay was gibbetted near the spot where he murdered Joseph Wilson near Perth.  There was great outcry, but the body was not removed until an acquaintance of Wilson passed the spot and horrified by the spectacle of McKay’s rotting corpse, pleaded with the authorities to remove it.  The location is still marked by a sign reading, “Gibbet Hill” on the right when heading to Launceston. This was the last case of gibbeting in a British colony.

I cycled up Gibbet Hill Rise hoping to find a sign or the gibbet or anything further about this.  Nothing.  The road had a number of nice, neat lifestyle houses on lifestyle blocks a far cry from a rotting corpse.  Please note I do not say “Lifestyle” with a sneer like some do.  I am happy for people to develop a more relaxed lifestyle – I know we enjoyed it when on a lifestyle block in the bush in the Huon Valley.  After keeping goats and ducks and managing veggies and fruit I am now quite content do veggies only on a much smaller scale!!

The clocks go back (I think it is) tonight as we come off summertime.  It will be a bit of a relief as it is dark in the mornings and the sun comes up late.  This means early morning rides are out due to squinty drivers finding it hard to see a cyclist.  What will next week bring?